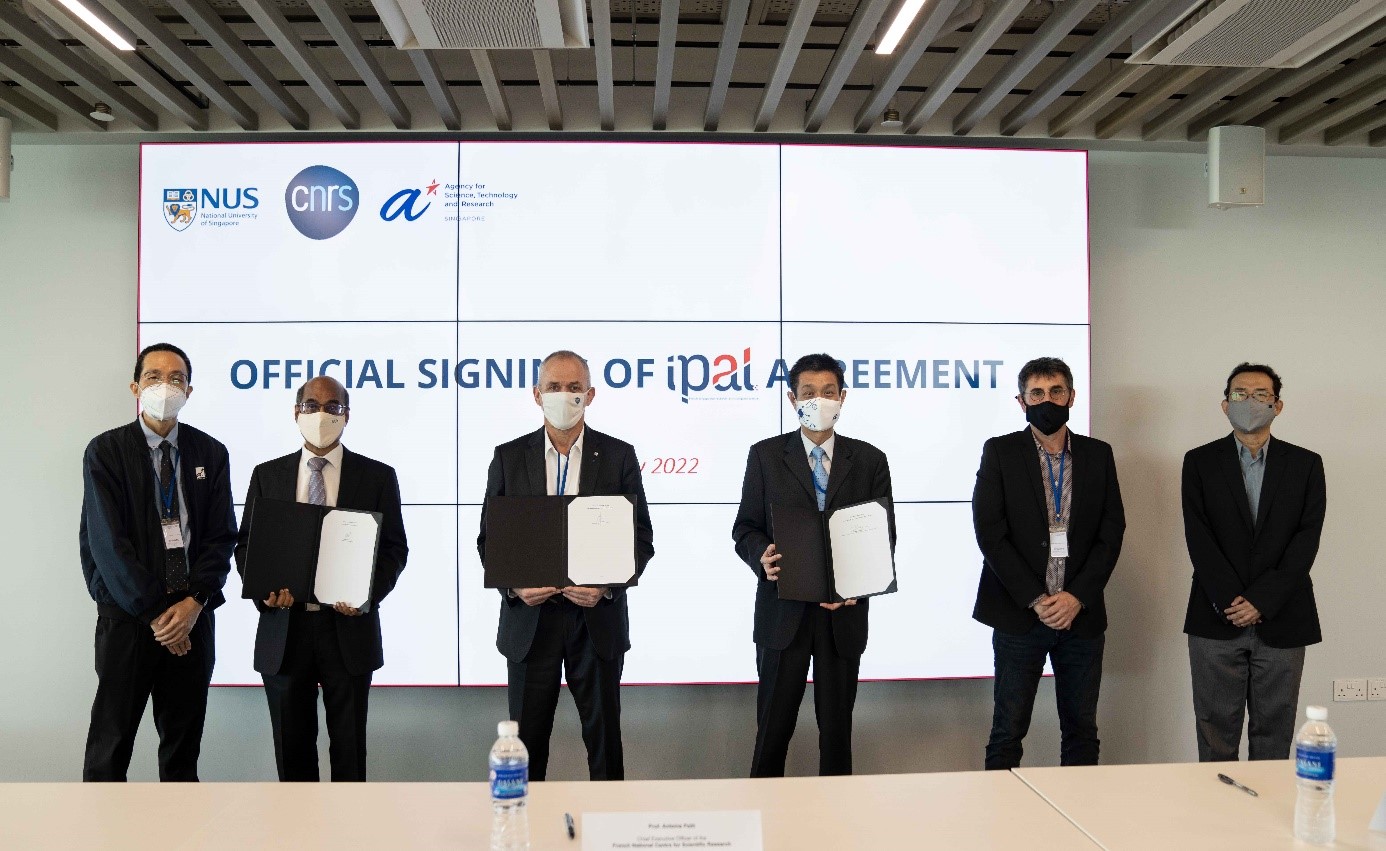 On the 25 of January, the French National Centre for Scientific Research (CNRS), the Agency for Science, Technology and Research (A*STAR), and the National University of Singapore (NUS) gathered to extend IPAL’s adventures by renewing its agreement for a third time, until 2025.

This French-Singaporean International Research Laboratory based in Singapore, with physical sites located at both A*STAR and NUS Computing, is the result of collaborations between these three structures dating back to 1998.

A long standing partnership that was highly praised by Professor Antoine Petit, CEO of the CNRS who pointed out that IPAL, “clearly has been a collective success and a key tool for this long term collaboration between France and Singapore”, before thanking his counterparts from NUS and A*STAR.

A sentiment shared by Professor Reginald Tan and by Professor Mohan Kankanhalli, who stated his ambition “to see more French researchers coming to our campus, interacting with us and our A*STAR colleagues, and for our NUS colleagues to go over to France.”

Moreover, this third renewal solidifies the lab and paves the way for new priorities: mainly focusing on artificial intelligence to address complex real-world problems all the while continuing to foster ground-breaking collaborative research and integrating knowledge and skills from various disciplines. A “really appropriate” move according to Antoine Petit, that should see IPAL take the forefront on these research topics in the future (AI, data science, natural language processing, cybersecurity…) and also cement IPAL’s key role in the ambitious DesCartes program led by CNRS@CREATE, the CNRS’ subsidiary in Singapore.

The agreement renewal was signed between Professor Antoine Petit, the CEO of the CNRS, Professor Reginald Tan, Executive Director of the Science and Engineering Research Council at A*STAR and Professor Mohan Kankanhalli, one of the founding co-directors of the lab and the current Dean of NUS Computing as well as Provost’s Chair Professor of Computer Science.

His Excellency Marc Abensour, the Ambassador of France to Singapore, and the three current co-directors of the IPAL – NUS Computing Associate Professor Ooi Wei Tsang, Professor Christophe Jouffrais from CNRS, as well as Doctor Joo Hwee Lim from A*STAR – were also present at the signing ceremony to share the lab’s history as well as their ambitions for the future.

In the current agreement, more than 35 research staff members across CNRS, NUS and A*STAR will be involved in IPAL until 2025, working on 5 different research themes including Data Science and applications, Explainable and Trustable AI, Natural Language Processing, Augmented Human and Human-AI collaboration, Embedded AI.